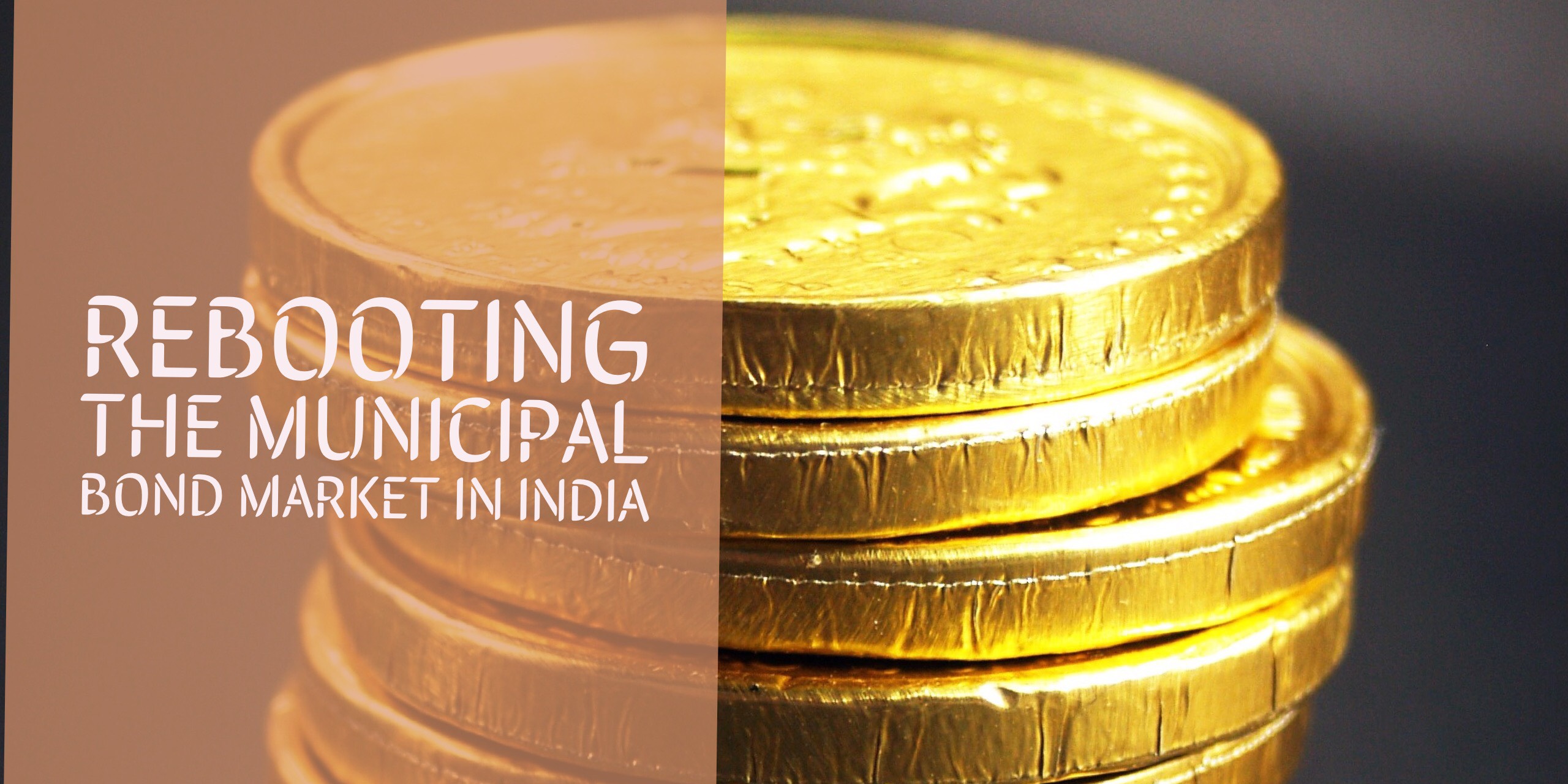 India’s urban infrastructure is reeling under the immense pressure of the growth that the country is witnessing. While agencies have estimated varying amount of money required in infrastructure build out, one aspect is common – we are talking about funding of a large magnitude.

At one hand, the High Powered Empowered Committee estimated Rs. 39 Lakh Crores for urban infrastructure investment, McKinsey Global Institute pegged the sum at Rs. 53 Lakh Crores. The Ministry of Urban Development has already approved smart city proposals for 60 cities under the Smart City Mission, totaling Rs. 1.44 Lakh Crores. That the urban local bodies (ULBs) do not have the resources to fund these requirements is a widely acknowledged fact. Accessing the capital markets is now an imperative and one of the options that is available with the ULBs is that of issuing Municipal Bonds.

CRISIL maintains that Municipal Bonds are the ideal instruments for raising resources, channeling funds from the capital market into infrastructure development. They are long-term in nature, unlike bank loans, which have a limited tenure. Instruments with longer maturity increase the ULBs financing capacities, in addition to providing opportunities for long-gestation infrastructure development projects. Debt markets also increase ULBs’ access to capital for tax-supported projects. The biggest positive that Bonds have is that the bond-backed financing maintains community ownership of infrastructure related projects i.e. it keep public assets in public hands.

From an investor perspective, municipal bonds offer significant opportunities. Institutional investors need long-term paper to invest. The assets under management of life insurers and mutual funds are growing at 20-22% annually. Municipal Bonds offer much-needed diversification for such investors in a market dominated by large financial sector issuers. In the US, 75% of the money invested in Municipal Bonds comes from households (38%) and mutual funds (37%). These segments are virtually untapped in India.

Municipal Bonds, however, have not really become a norm for raising capital for the ULBs. There are several reasons for this. Municipal bond issuances have happened in the past with and without State Government guarantees. The Reserve Bank of India has discouraged municipal borrowings with State Government guarantees. This closed the door on such issuances. In other cases, ULBs, which have had buoyant source of revenues viz. octroi, could generate the revenue surpluses, which could be leveraged to raise money through municipal bonds.

ULBs in Gujarat such as in Ahmedabad, which were active borrowers, had octroi as their revenue source, saw octroi abolished in 2008. The advent of GST will make octroi and its variant local body tax unconstitutional. Thus, ULBs will have limited means to raise any kind of commercial borrowing.

Indeed, recent years have seen considerable effort towards removing the regulatory hurdles that keep ULBs from tapping this market. In 2015, the Securities and Exchanges Board of India (SEBI) issued a regulatory framework for municipal bonds in India.

Under these regulations, municipal bodies or a corporate municipal entity (a body corporate registered under the Companies Act and a subsidiary of the municipality formed for raising funds) can issue municipal bonds through private placement or public issue. ULBs with investment-grade rating, with no default in the past 365 days, only can issue bonds.

A Bond Rating is Mandatory

Additionally, the ULB needs to have adopted transparent accounting practice based on the State Accounting Manual or the National Municipal Accounting Manual. A bond rating is also mandatory. The regulation also provides for a 100% asset cover on the debt and provision of a buy-back option.

The regulation also mandates, in case of public issue, a guarantee from State Government or Central Government or a structured payment mechanism where the issuer deposits debt servicing amounts in the designated bank account at least 10 working days before due date of payment.

Notwithstanding the removal of these hurdles, the following three conditions acting solely or in unison will be necessary for the development of the municipal bond market:

The presence of a buoyant revenue source provides direct linkages to economic activity and consumption in a city – a characteristic none of the other sources possess. Given that cities are India’s economic engines, it is imperative that they have a revenue source directly connected with the activities they are expected to foster. Second, being an own source of income, it provides predictability and certainty in its quantum and timing, which allows the ULB to undertake multi-year capital investment planning.

Third, any substitution of octroi will need to find its source on an additional levy/ charge/ surcharge and cannot be compensated from existing revenue sources in a sustainable manner. Hence, if the ULBs are to take the bond route, the government must strengthen their finances by providing a buoyant revenue source.

The other potential driver for municipal revenues is successful efforts of the ULBs to optimise revenues from existing sources viz. property tax. At Rs.15,000 Crores annually, India’s property tax to GDP ratio is about 0.15% (2012-13). As per a study by NIPFP, improving coverage and increasing tax collection efficiencies can increase this ratio to 0.8%.

A 25% increase in rates, if factored in, will increase this ratio to 1% of GDP. Given that in many cases tax rate revision has been pending for many years, increase of the tax rate is not an unreasonable measure to explore. At 1% of GDP, property tax potential in the country is Rs.120,000 Crores against Rs. 15,000 Crores collected today. Even if 50% of the tax potential is realised, additional revenues per annum will be Rs.45,000 Crores. This money can leveraged to issue bonds and / or any other kind of borrowing.

The 13th and 14th Finance Commissions (FC) recognised the need to support the local bodies through a predictable and buoyant source of revenue by giving a share from the divisible pool to the latter. The 13th FC had provided for Rs. 24,330 Crores for five years from 2010 to 2015. The 14th FC increased this allocation to Rs. 87,143 Crores for the five-year period (2015-2020). In percentage terms, incremental revenue gains on an average were 5% and 15% under the 13th and 14th FC respectively. However, if we exclude the two states of Maharashtra and Gujarat, which have relatively stronger municipal revenue bases, the gains are 7% and 23% under the 13th and 14th FC respectively. The devolutions under the Central Finance Commission will continue to increase in the coming years with an increasing proportion of population living in urban areas.

These cash flows, currently at Rs. 488 per capita of the urban population, can be leveraged or serve as credit enhancement mechanism for issuance of municipal bonds.

The above three conditions can potentially develop a sustainable Indian municipal bond market. They can serve as a huge boost for the massive investment requirement in the urban infrastructure sector, if used judiciously.

However, ULBs will have to implement several reform measures to improve their operational efficiency and financial health and improve their public disclosures to meet the regulatory requirements progressively.