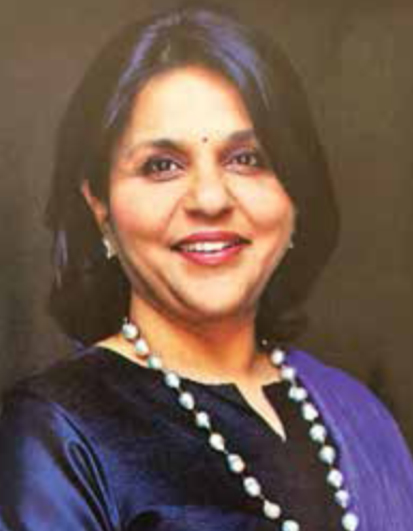 Sangita Reddy is the Vice President of FICCI.

She is the Joint Managing Director of the Apollo Hospitals Group, which is widely acknowledged as the pioneer of private healthcare in India and a proponent of integrated healthcare, since its inception in 1983, Apollo Hospitals has touched the lives of over 50 million individuals from 140 countries.

Passionately committed to transforming healthcare using effective and efficient technology, Sangita has steered Apollo Hospitals to harness technological advancements in accelerating positive transformation and using Telemedicine. She was also instrumental in the group’s retail and primary healthcare expansion, leads the Human Resources and Education initiatives of the group and led a partnership between Apollo Hospitals and the National Skill Development Corporation.

Ms. Sangita Reddy was on the World Economic Forum’s Global Agenda Council on Digital Health and was nominated by Government of India as a Member of the Technology Development Board, Department of Science and Technology. She is an Independent Director on the board of many companies and a member of the Rockefeller Working Group focused on the private sector’s role in global healthcare.

Sangita has graduated in Science with Honours from the Women’s Christian College in Chennai, India. She then did her post-graduation courses in Hospital Administration from Rutgers University, Harvard University and the National University of Singapore (NUS). She was conferred with the Honorary Doctorate by Macquarie University, Sydney, Australia.